On Monday, Mr. Alberto Calixto Jr, SJCBI Campus Dean, said that the use of the SIAS should help expedite enrollment procedures.

“The Student Information and Accounting System (SIAS) is already functioning, and it connects the Registrar’s Office to the Cashier’s Office. All subjects will be entered sa Registrar at ang gagawin na lang ng kabila [Cashier] is to search for the name of the students and print their assessment kaya mas mabilis ang process,” Dean Alberto Calixto Jr. said in an interview.

However, he acknowledged the flaws of the system and hopes for improvement in time.

“We were able to try to use the SIAS, which will facilitate faster transactions… Although we already had the SIAS last year, hindi pa natin nagagamit dahil may konting problema sa system natin…But this semester, at least, nagamit na natin in coordination with the Registrar’s Office and the Cashier’s Office. And I hope as we go on, maayos yung konting problema sa system natin,” Dean Calixto explained.

For the Campus Dean, the next step is for the SIAS to link other offices.

Also, the new enrollment forms, authorized by the Registrar’s Office and the College President, cut short the enrollment procedures.

Moreover, the Campus Dean said that a template for the list of enrolled students was provided to the different deans so that each department can assign sections faster and more efficient.

In addition, the surge of new Covid-19 cases in Baggao during the holiday season prompts the SJCBI officials to implement stricter health protocols as students are expected to mass up inside the campus during the enrollment period.

All are required to follow the physical-distancing and no-face-mask-no-face-shield-no-entry rule. 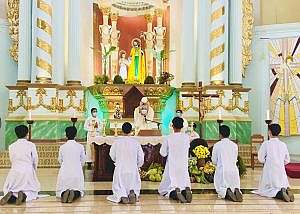 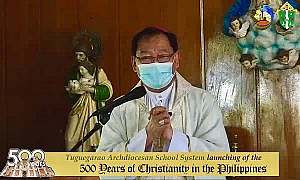 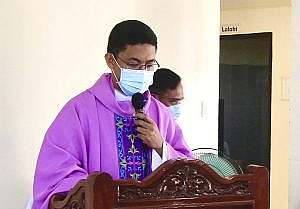